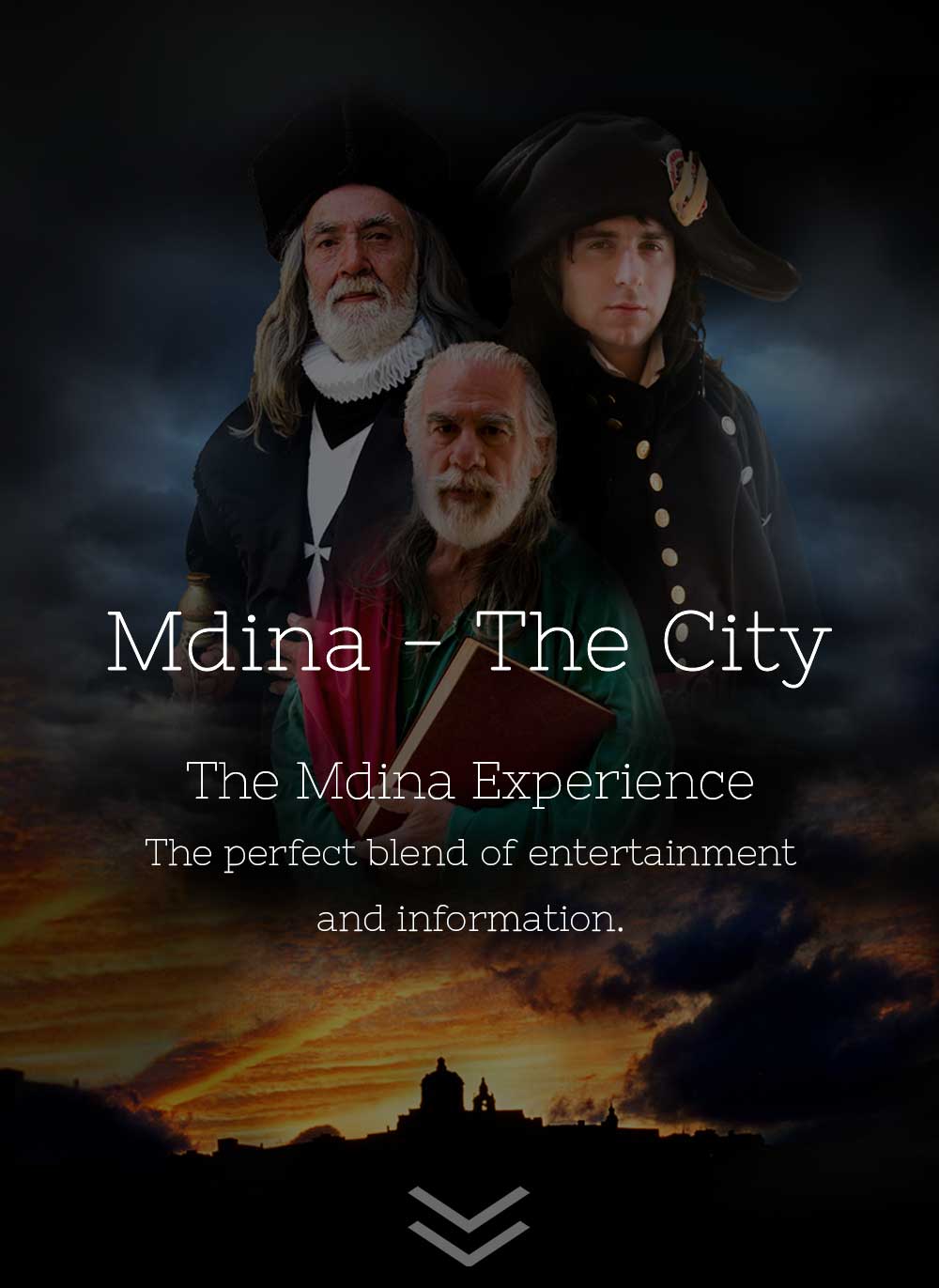 Malta The Island – Mdina The City

No visitor to Malta can afford to miss a visit to Mdina, however short. This is Malta’s old capital city, once called Melita or Civitas, later Notabile or Citta Vecchia and now Mdina where the adventures of history lives on.

With the wealth of its heritage, the warmth of its climate and the hospitality of its inhabitants, Malta is an excellent geographical location at the heart of the Mediterranean… where 7000 years ago travellers from the larger island of Sicily arrived, settling in the archipelago, living in caves and building stone temples. The Phoenicians followed opening a trading post for the Mediterranean Northern Areas. The Romans colonised the island and transformed it to a Province of the Roman Empire with the city of Mdina becoming their administrative hub.

St. Paul was shipwrecked and brought Christianity to a people who worshipped the old gods. Malta and its capital, Mdina, was a stronghold for controlling the Mediterranean Sea so the archipelago was dominated by different dynasties; Normans, Angevins, Castilians, but the most famous were The Knights of the Order of St. John, who transformed the islands, with magnificent architecture and artistic splendour.

In 1798, Napoleon Bonaparte’s expeditionary fleet stopped off here en route to Egypt and without a struggle the islands capitulated to the French. After several failed attempts by the Maltese to retake Valletta, the British were asked to assist. Rear Admiral Horatio Lord Nelson decided on a total blockade in 1799 and the French garrison surrendered in 1800. As Malta became a British colony, the following years saw the building and operation of the Malta Railway and the modernisation of the fortifications. During the Second World War, Malta suffered great attacks, being so closely situated to Sicily and the Axis shipping lanes, it was bombarded by the Italian and German air forces day and night. The island was used by the British to launch attacks on the Italian navy from a submarine base. It was also used as a listening post, reading German radio messages including the famous secret Enigma traffic.

You Will Never Know Mdina Better!

A 30-minute show to experience Mdina’s fascinating journey through time.

Take an unforgettable 30 minutes to experience Mdina’s fascinating journey through time. Relive Mdina’s 7000 years of triumph and tribulations – the cult of the mother Goddess – the shipwreck of St. Paul – the medieval city half destroyed by earthquake and gloriously rebuilt. The spirit of the knights of St. John, fighting valiantly in battles to defend the Maltese Islands still resounds. There’s ancient history and realism here, but above all there’s high drama, which is the story of the Mdina Experience.

€6 for adults and children 12+
€3 for children from 5 to 12 years of age
Free admission for supervised children under 5 years of age per family.

Discover The Sights And Sounds Of The Old Capital City!

Unmatched entertainment that traces the fascinating story of the old capital city! Multi-controlled high resolution projection systems have been used for this thrilling attraction with a large screen for the clearest panoramic images. This spectacular attraction offers the option of state-of-the-art, headset-based surround systems with simultaneous multi-language soundtracks.

Venture into The Cafè Taverna and find a selection of home-made cakes, hot and cold beverages, warm hearty soups and light snacks…whilst admiring the abundance of architectural features on the ground floor, this historical Medieval house dating back to 13th century was built in Gothic style.

Our business is about creating unique, memorable and rewarding visitor experiences of historical interest. Also promoting and developing projects related to historical, cultural and heritage themes. Established in 1990, The Mdina Experience, was the first visitor attraction in Mdina. Its Secret of Success is a blend of medieval architecture with a modern auditorium that generates an outstanding combination, architecturally rich in historical features yet with the latest in sound and light technology!

Who are we? We want The Mdina Experience to fill the gap between the present and Malta’s illustrious past offering visitors a unique historical attraction which immerses them in the rich history of the City. This is an experience attraction in a multimedia environment. Our modern technology is helping to awaken interest in the history of Mdina and is complementary to your further exploration of our beautiful City, its museums and heritage sites.

Bus route numbers to Mdina can be found at: publictransport.com.mt

CAR PARKS: The ditch area near Greek’s Gate and next to the Mdina Main Gate area.